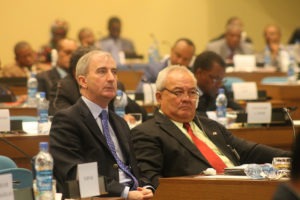 Samoa was represented by MP Lautafi Selafi Purcell. Lautafi is the Chair of the Political Affairs Committee and is a member of the Bureaus of the ACP and ACP-EU Parliamentary Assemblies.