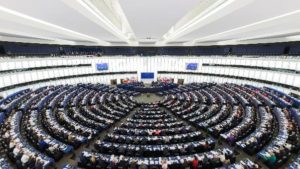 On 29th November the Accession of Samoa to the EU-Pacific States Interim EPA was adopted in the European Parliament Plenary in Strasbourg, France by a majority vote of 504 in favour, 117 against and 11 abstentions.

The European Parliament will now notify the Council of the European Union of its consent to the adopting of the final accession Decision in December 2018.