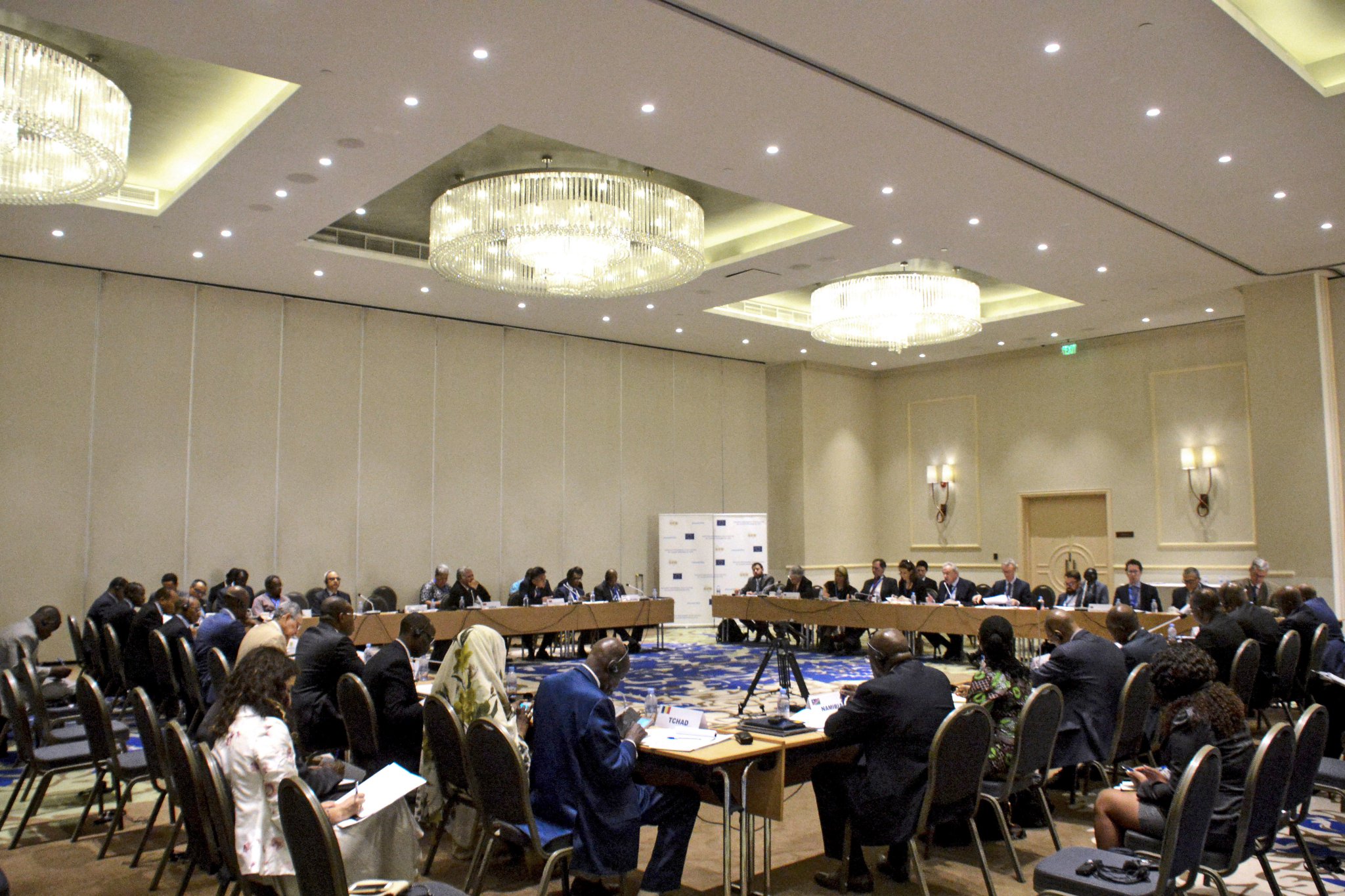 Prime Minister Tuilaepa attended the ACP Ministerial Central Negotiating Group and the joint ACP-EU sessions held in N’Djamena, Tchad from 3-4 April 2019.  He was accompanied by Peseta Noumea Simi, CEO of the MFAT, and Ambassador Luteru.

In his intervention during the ACP meeting, Tuilaepa noted that the successor agreement post-2020 must “play a strategic and central role in the achievement of national, regional and all-ACP aspirations”.  To this end, he urged the ACP Group to “ensure that our collective priorities and challenges are fully accounted for” in the new agreement.

The Prime Minister went on to brief the ACP Ministers on the outcome of the 1st Pacific consultations on a Pacific-EU Protocol held in Apia on 26 February 2019 including Pacific priorities as identified by Leaders.

During the joint ACP-EU session held on 4 April, Tuilaepa intervened on preparations undertaken by the Pacific region in readiness for the upcoming negotiations for a Pacific-EU protocol.  He highlighted the critical importance of adherence to the guiding principles already agreed to in framing regional protocols.  For instance, he stressed the need for regional protocols to be anchored and guided by the principles and aspirations agreed to in the Foundation agreement as well as ensuring coherence between the foundation and the protocols.  The PM also reaffirms the agreed process for negotiating a Pacific-EU protocol.

The joint session approved agreed texts negotiated during Round 2 and directed technical negotiators to continue work on outstanding issues with a view to reaching an agreement before the next Chief Negotiators’ meeting scheduled for May 2019.  The joint meeting also agreed to the launch of regional protocols as well as the schedule for negotiations relating to outstanding Parts of the Foundation Agreement.  The expectation is for resolution of all outstanding issues by September and the conclusion of negotiations by October 2019.